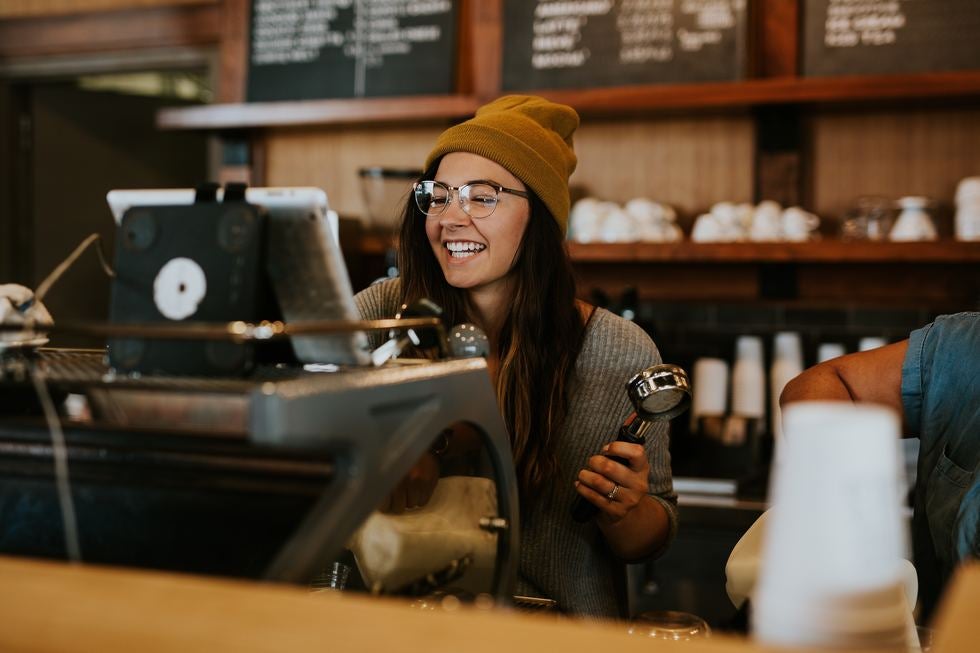 Do employers need to pay employees for every single minute of time worked?  What if employees arrive at work and perform minimal preparatory work before clocking in?  What if this time is only five or ten minutes, or so minimal that it might be considered "de minimis."  These are the issues the California Supreme Court resolved today in Troester v. Starbucks Corporation.  The issue is Troester was whether the de minimis defense, applicable in federal law minimum wage cases, also applies to claims for unpaid minimum and overtime wages under the California Labor Code.

Federal law has long allowed employers to disregard, or not track, very small amounts of time that it would be impractical for employers to track.  See Anderson v. Mt. Clemens Pottery Co., 328 U.S. 680, 692 (1946). In determining whether the de minimis defense applies, federal courts look at the practical difficulty of recording the time, the total amount of time at issue, and the regularity with which such work occurs.

The Starbucks employee in Troester alleged that he was required to do work after clocking out, such as activating the store alarm, locking the door, and ensuring that other employees made it safely to the their cars.  In other words, all the stuff you would need to do after clocking out at the end of the day.  Starbucks prevailed in the federal trial court on the defense that such time could be disregarded as de minimis, but the employee appealed to the Ninth Circuit.  The Ninth Circuit in turn, asked the California Supreme Court to clarify whether the de minimis applies to claims under the California Labor Code, as it does to claims under the Fair Labor Standards Act.  Specifically, "Does the federal Fair Labor Standard Act's de minimis doctrine, as stated in Anderson v. Mt. Clemens Pottery Co. (1946) 328 U.S. 680, 692 and Lindow v. United States (9th Cir. 1984) 738 F.2d 1057, 1063, apply to claims for unpaid wages under California Labor Code sections 510, 1194, and 1197?"

In today's opinion the Supreme Court answered that question in the negative: "We hold that the relevant wage order and statutes do not permit application of the de minimis rule on the facts given to us by the Ninth Circuit, where the employer required the employee to work 'off the clock' several minutes per shift. We do not decide whether there are circumstances where compensable time is so minute or irregular that it is unreasonable to expect the time to be recorded."

The Court fell back on the principle that California is free to, and often, provides greater protection to employees than federal law.  The California wage orders require that employees be paid "for all hours worked," and the "federal rule permitting employers under some circumstances to require employees to work as much as 10 minutes a day without compensation is less protective than a rule that an employee must be paid for 'all hours worked.'"  Additionally, there was no indication that the California legislature intended to follow the federal court rule: "Although Anderson has been the law for 70 years and has been incorporated into the Code of Federal Regulations for over 50 years, neither the Labor Code statutes nor any wage order has been amended to recognize a de minimis exception.  Starbucks cites no statutory or regulatory history, and we have found none, that indicates an intent by the IWC or the Legislature to impliedly adopt such a rule."  The court also rejected reliance on statements in the DLSE Enforcement Manual and DLSE opinion letters as non-binding.

Although the Court ruled that the de minimis defense does not apply as broadly as it does under federal law, it did not rule out the possibility that it might sometimes apply: "We decline to decide whether a de minimis principle may ever apply to wage and hour claims given the wide range of scenarios in which this issue arises."  The Court suggests that the defense might apply where "the activity in question was irregular or rarely occurring," or where "the activity in question was paperwork involving a minute or less of an employee's time."  Essentially, the Court didn't approve of the de minimis defense applying as far as it would under federal law, but also didn't want to open the floodgates to every case where an employee might occasionally work less than a minute off the clock.

In light of today's opinion, California employers should take a close look at their time keeping policies and practices and ensure that there is no regular occasion for employees to perform work either before or after clocking out.