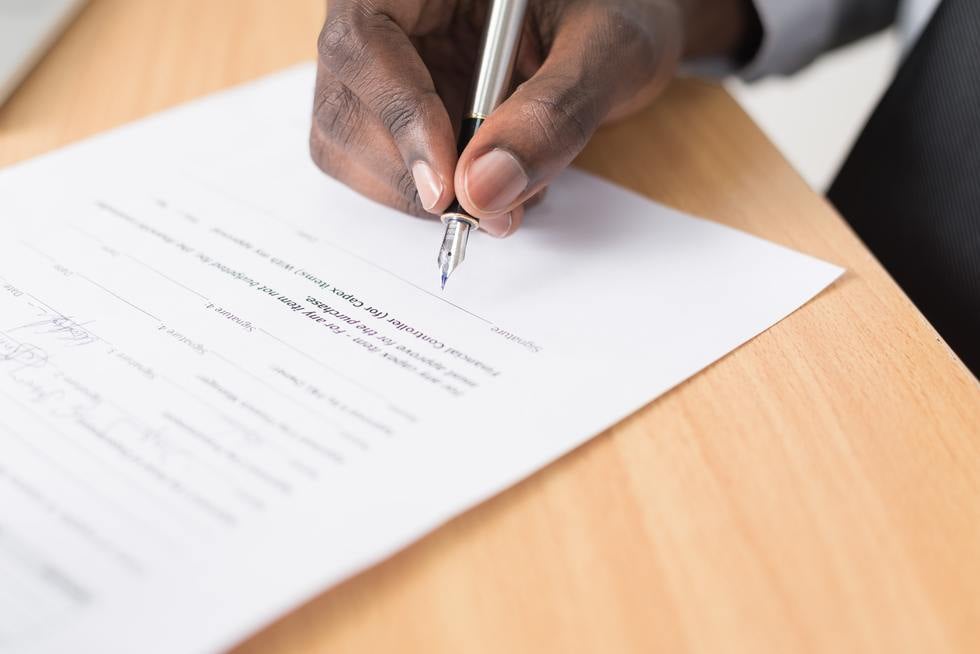 The plaintiff, Michael Conyer, began working for the defendant, Hula Media Services, LLC, (“the Company”), in January 2017.  At the beginning of the plaintiff's employment, he received a copy of the Company's employee handbook, which did not contain an arbitration clause.  The plaintiff signed a “receipt and acknowledgment,” providing that he understood and agreed that he was responsible for reading the handbook and that he was bound by its provisions.

In August and October 2017, the plaintiff filed written complaints with the Company's president, alleging, in part, that the Company's female Chief Executive Officer had sexually harassed and retaliated against him.

The revised handbook contained a paragraph entitled “Arbitration,” which stated, in part, that the employee and the Company agreed to arbitrate any controversy, dispute, or claim relating to the employee's employment with the Company.  The arbitration paragraph also provided that the prevailing party was entitled to reasonable attorney's fees and costs.  Further, as soon as practicable after selecting an arbitrator, he or she was to determine a reasonable estimate of the expected fees and costs and provide a statement to each party.  Within 10 days of receiving the statement, each party was required to deposit its pro rata share with the arbitrator.  Failure to do so resulted in the party's forfeiture of the right to prosecute or defend its claim.

After the Company terminated the plaintiff's employment, he filed a claim against the Company and its CEO, alleging sexual harassment, several claims under the Fair Employment and Housing Act (“FEHA”), and a claim for failure to reimburse business expenses.  The defendants filed a motion to compel arbitration based on the arbitration clause in the employee handbook.  The plaintiff argued, in part, that he did not know the Company had revised the employee handbook to include an arbitration provision.  According to the plaintiff, he would not have agreed to arbitration in light of how bad his employment situation was and the written complaints he had filed with the Company's president about the CEO during his employment.

The trial court denied the defendants' motion to compel arbitration.  The court acknowledged that ordinarily a party must engage in reasonable diligence by reading a contract prior to signing it.  However, the court found that it was reasonable for the plaintiff to assume that the distribution of the second employee handbook was merely routine since the “receipt and acknowledgment” did not state that any revisions were made to the handbook and the Company did not inform him of any revisions.  The defendants appealed.

In finding that the arbitration agreement was enforceable, the court relied on Sanchez v. Valencia Holding Co., LLC (2015) 61 Cal.4th 899, where the Supreme Court held that a party has no duty to point out an arbitration clause in an agreement.  The court reasoned that the plaintiff had a duty to read the agreement, and his failure to do so did not render the agreement unenforceable.

The plaintiff argued that the arbitration agreement was unconscionable.  An agreement is unconscionable—procedurally or substantively—if contract negotiation involves oppression or unequal bargaining power or the agreement's terms are overly harsh or one-sided.  The court found an element of procedural unconscionability existed since the plaintiff could not negotiate the terms of the employee handbook.

Additionally, the court found some of the arbitration agreement's terms to be substantively unconscionable.  In particular, the provision requiring an employee to pay a pro rata share of the arbitrator's fees and costs violated state law, which mandates that an employee who files a FEHA claim cannot be compelled to pay fees and costs more than the amount to file a claim in court.  The court further found that the provision awarding attorney's fees to the prevailing party violated state law providing that a defendant in a FEHA case may recover attorney's fees only when the plaintiff's action is frivolous, unreasonable, or groundless.

While some of the arbitration agreement's terms were unconscionable, the court found such terms could be severed and the remainder of the agreement enforced.  Therefore, the court reversed the trial court's denial of the defendants' motion to compel.

This decision is an important lesson for employees and employers alike.  Employees have an obligation to read any and all documents they receive from their employers prior to signing them.  Failure to do so may have dire or unintended consequences.  Employers are reminded that they must not use the employee's lack of bargaining power to include terms in an agreement that violate state law or unreasonably favor the employer.